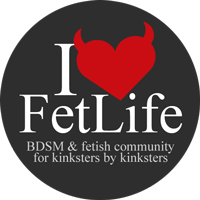 At The Element’s rope and photo social, I brought along my rope machine setup. It was a fair bit of stuff to haul, but not too bad – basically an overflowing bin and a sawhorse.  I brought a drill and extension cord, powered from Kat’s garden shed.

The tail end of the setup is a double-pulley with a mushroom anchor hanging from a tree branch about 7 feet up.  The rope machine is mounted to the sawhorse with a homemade bracket and C-clamps.  The tail has a swivel mounted to it and all three yarns are run from it to the rope machine – a traveler is wedged into the ropes at the swivel end as the final piece of the puzzle.

Once you ensure all lines are relatively even in tension you start to spin up the machine – as the yarns spin they shrink and the slack is taken up and eventually the anchor is raised at the tail. When the yarns have enough twist in them, they start to twist onto themselves and “squeeze” the traveler along the rope. That process is the secret to making rope, and that’s about it.  Now to get BETTER at making rope, that’s all trial and error.  My traveler is a bit stiff and I need to make it faster and easier for the rope to push along – when than is done the rope will have a softer and looser lay and will drape better.

The folks there were genuinely impressed with the magic of rope being created.  It was quite amusing to watch folks staring at and following the traveler along it’s path.  Rope making – it’s knotty fun.